Drawabox.com | Challenges and Drills | 250 Cylinder Challenge | The Challenge | Aligning to the minor axis 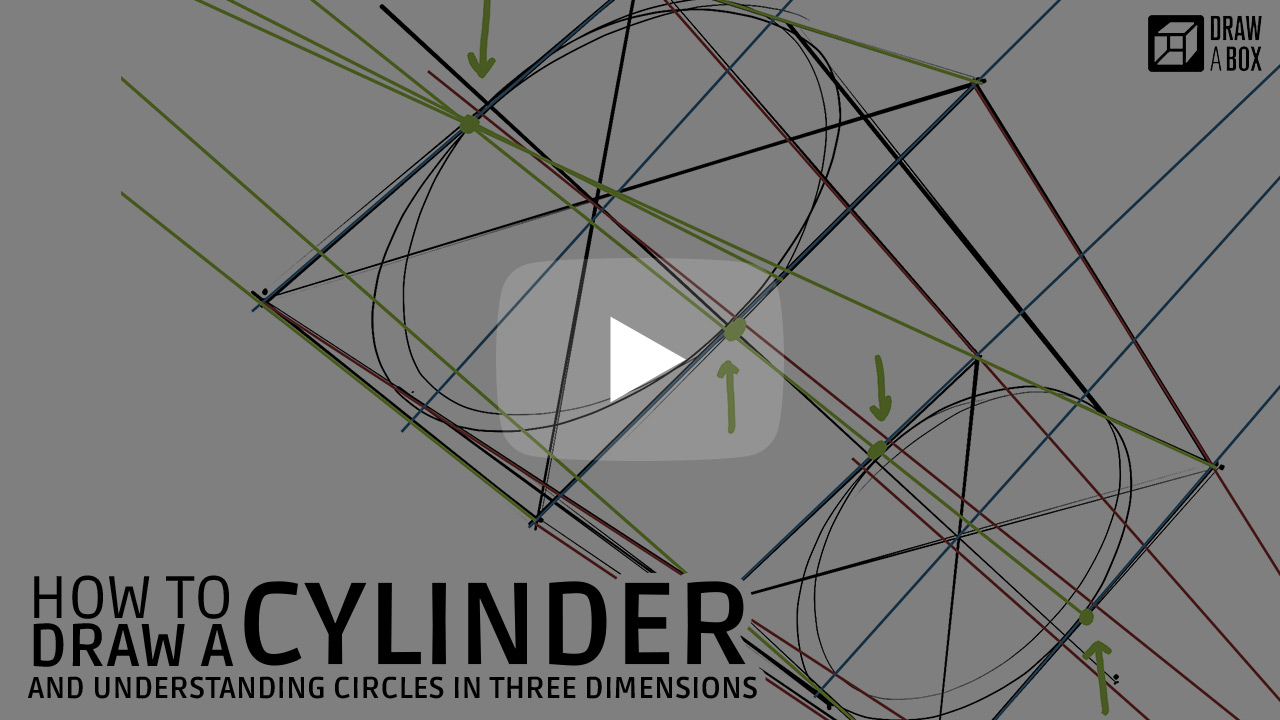 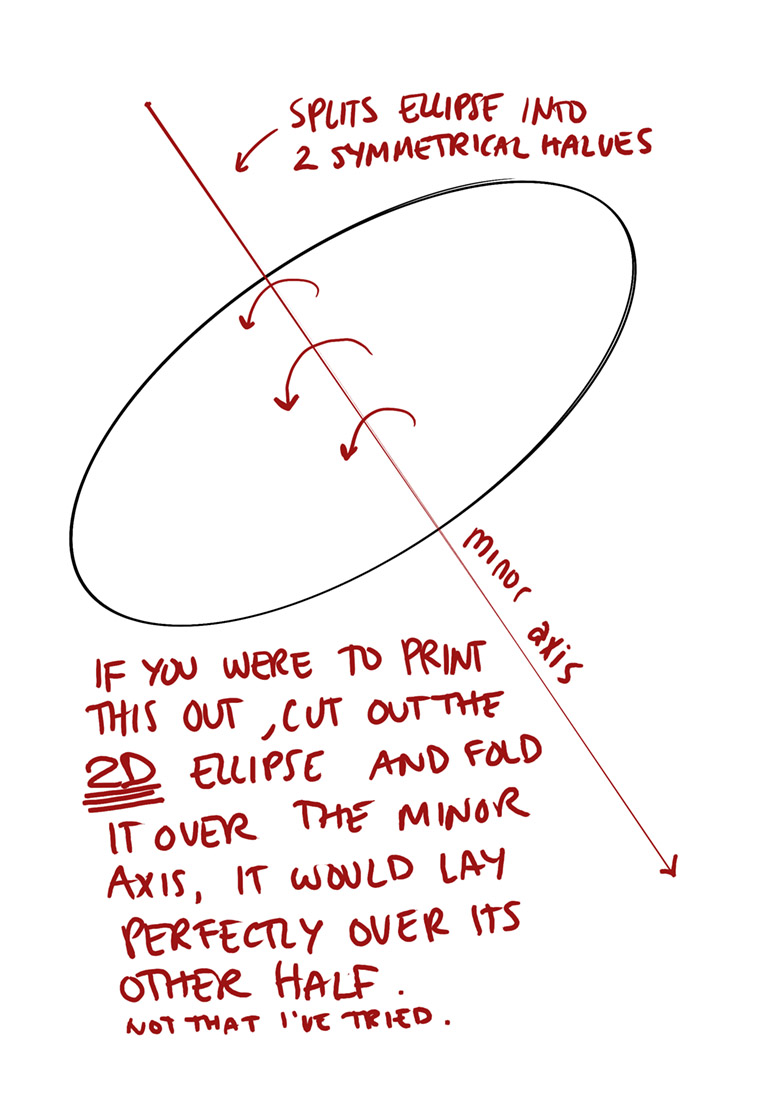 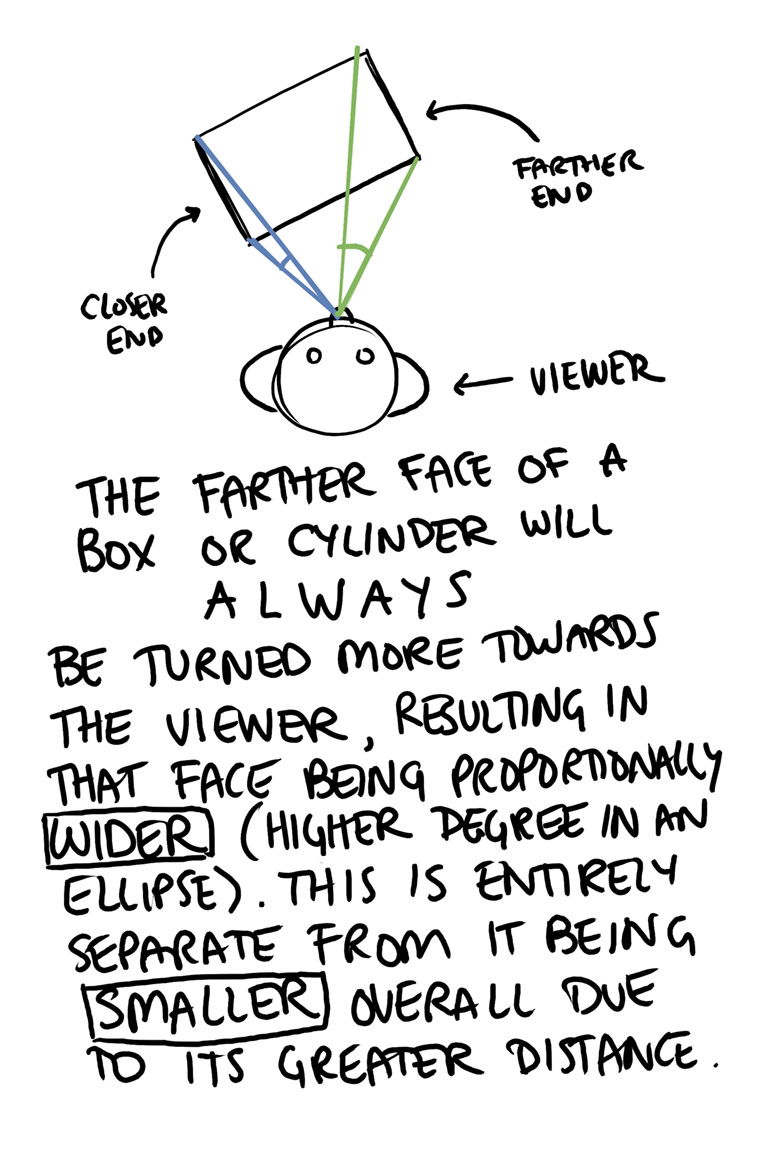 This was introduced in the organic forms exercise from lesson 2 as well. Because of the fact that the viewing angle of the two different ends of the cylinder is not the same, the farther end of the cylinder is going to have its face oriented more towards us than the closer end, meaning its degree is going to be larger. Not by a significant amount, but enough to be vaguely noticeable. 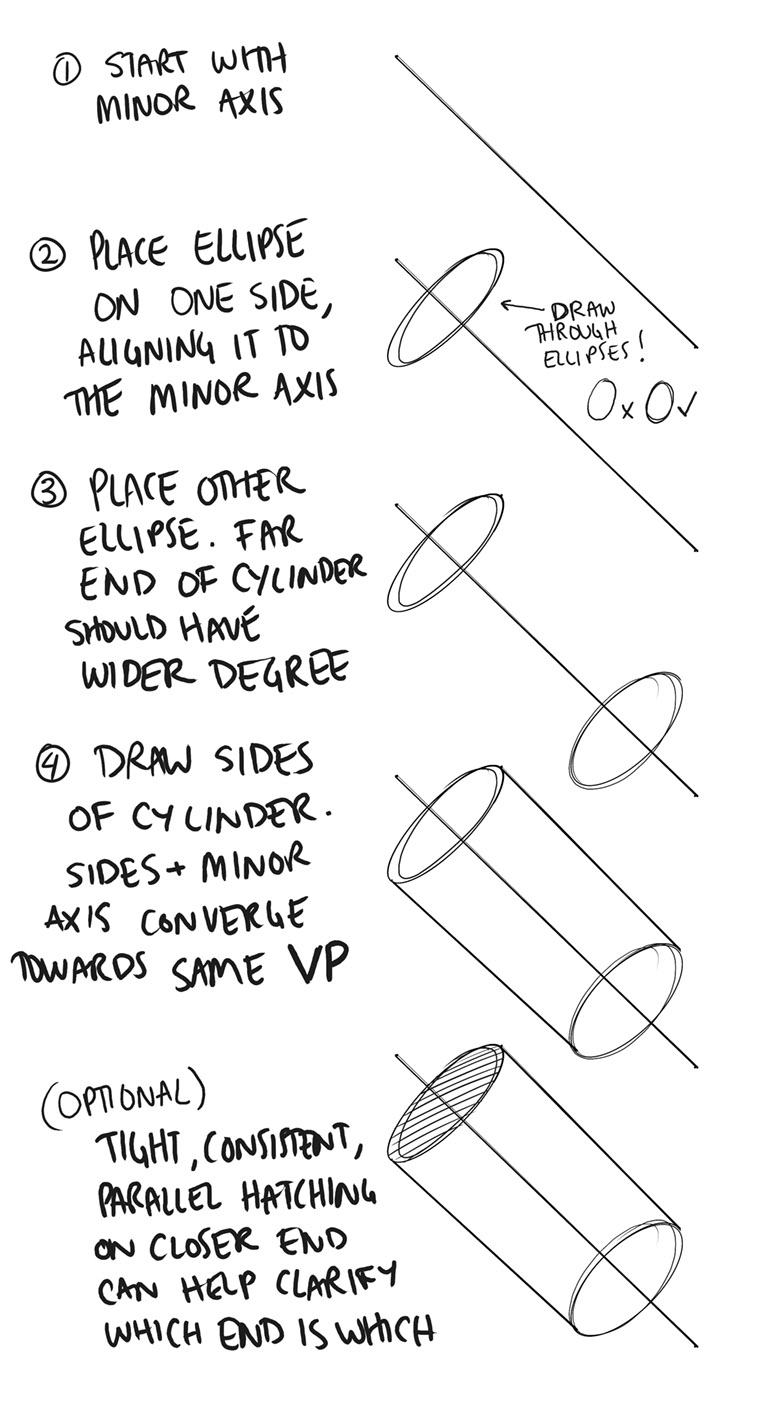 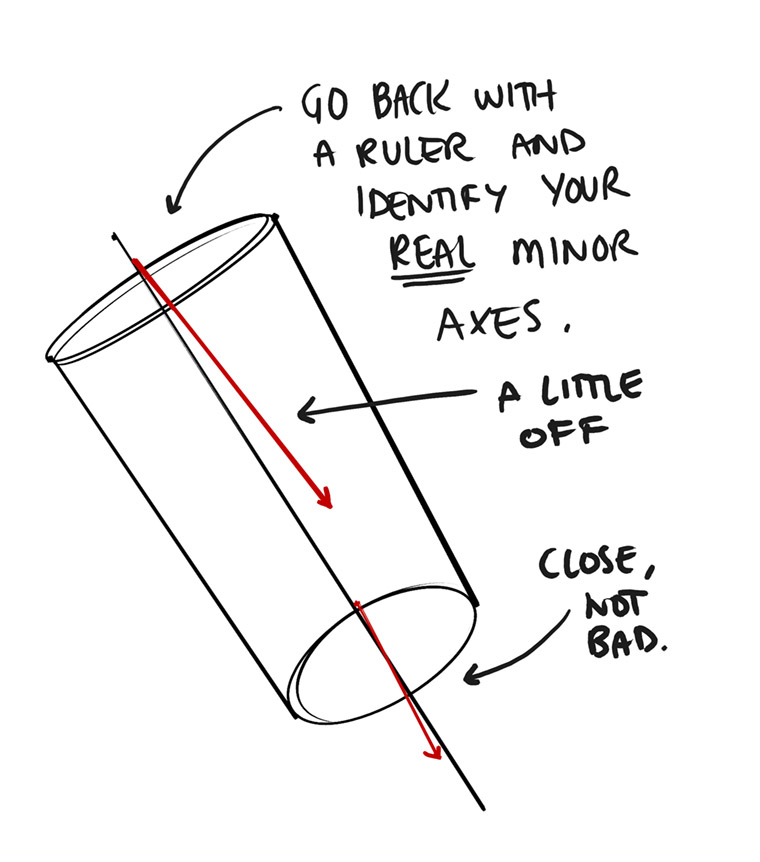 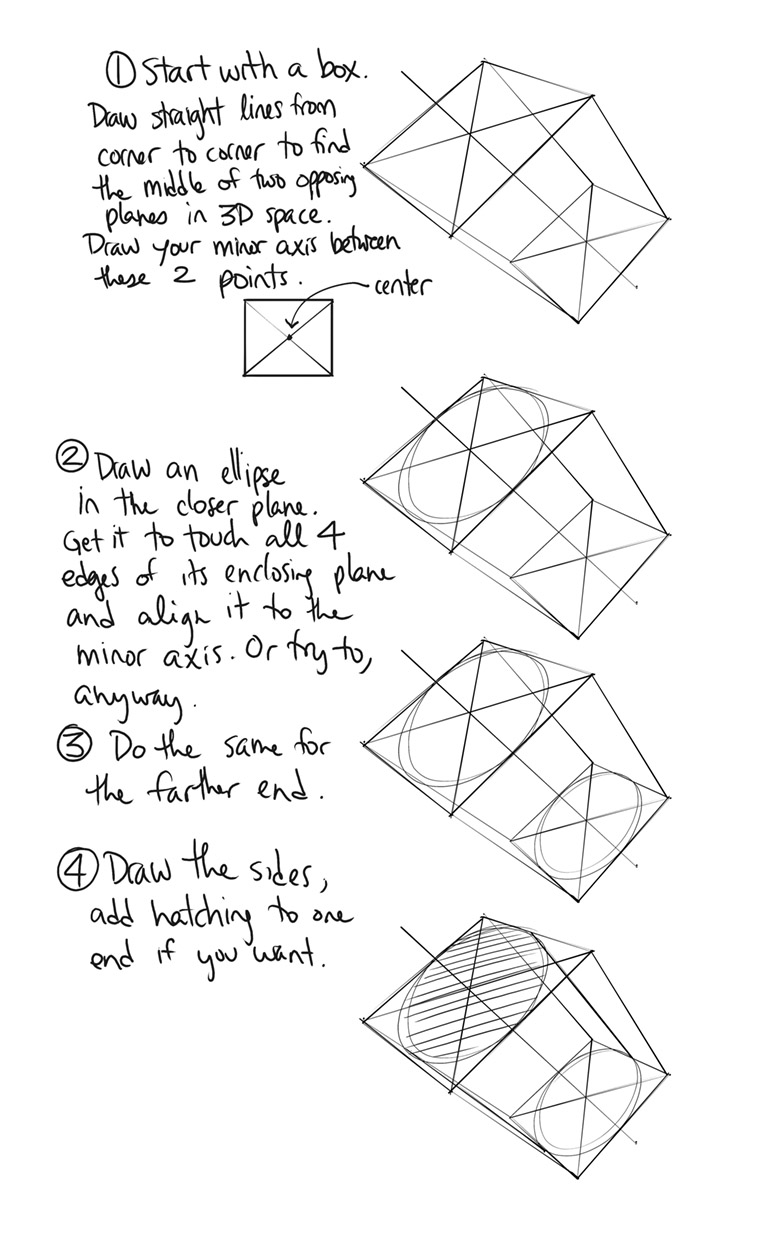 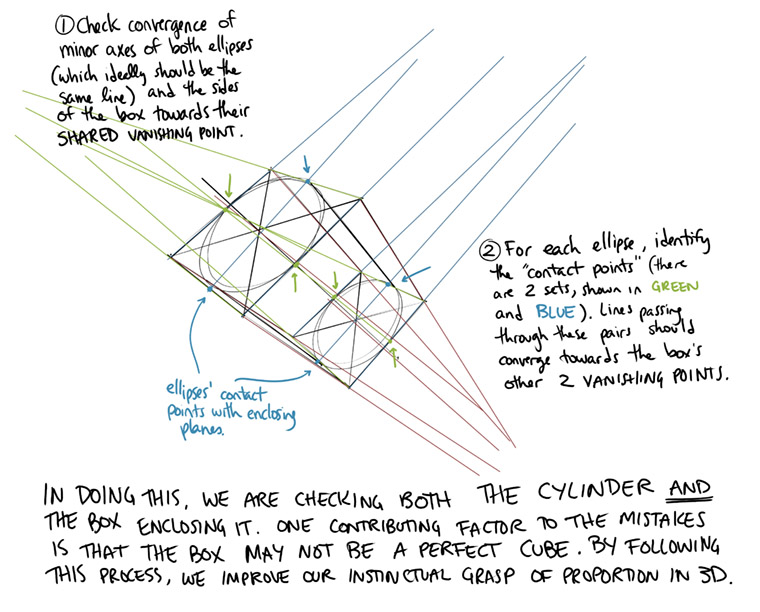