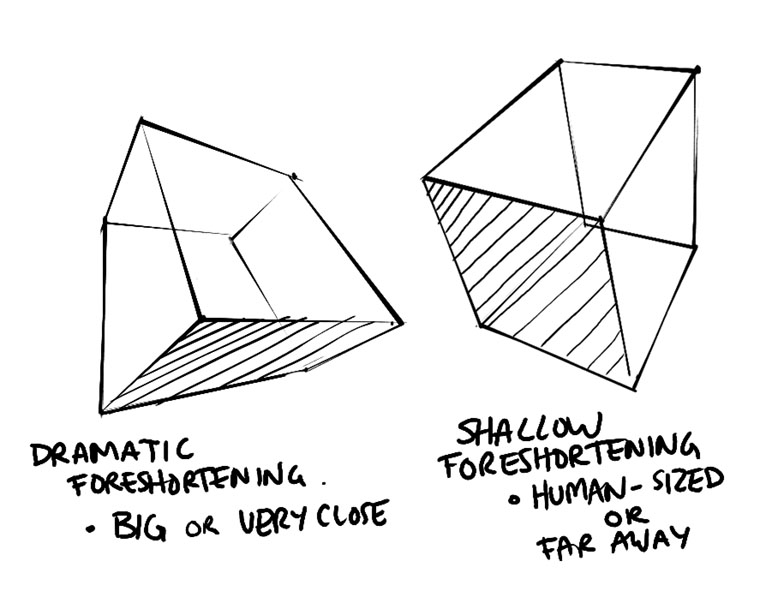 It's also worth considering what is going to read as being the same size. If you have a bunch of boxes in your scene and nothing else (like the organic perspective exercise), then those boxes will automatically read as being the same size whether you mean for them to or not, because that's what the brain expects. As such, having inconsistent foreshortening there is going to throw things off, even if you mean for certain boxes farther away to be absurdly large.

When drawing a box, if that box is sitting on the ground, and therefore parallel to your vision (so your head is straight and so is the box), two of its vanishing points are going to sit on the horizon line. The second you tilt your head (sometimes referred to as a 'Dutch angle' or a 'Dutch tilt' in cinematography), your eye line is going to tilt along with it, but the box's vanishing points will not follow. 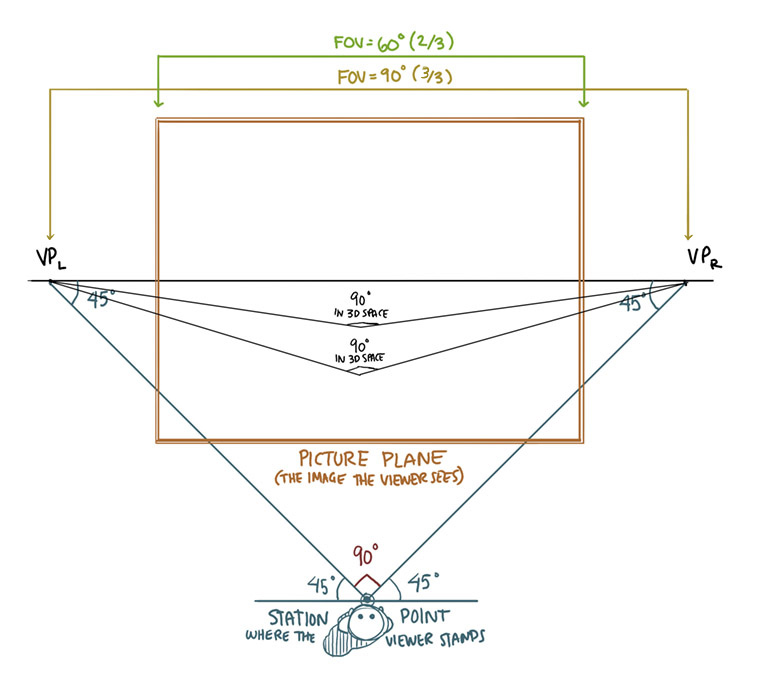 <<< Boxes
What Next? >>>
The recommendation below is an advertisement. Most of the links here are part of Amazon's affiliate program (unless otherwise stated), which helps support this website. It's also more than that - it's a hand-picked recommendation of something I've used myself. If you're interested, here is a full list.