Drawabox.com | Part One: The Basics | Lesson 1: Lines, Ellipses and Boxes | Ellipses | What is an ellipse? 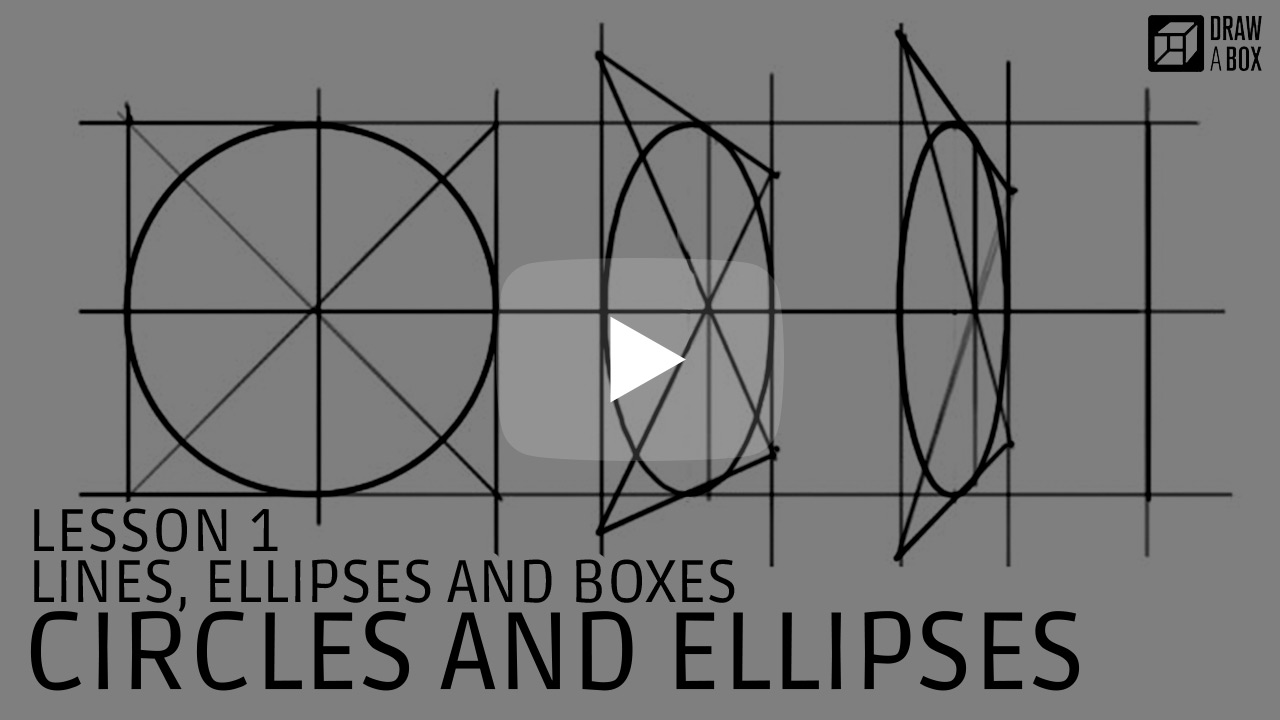 So, what is an ellipse? Is it just a fancy word for an oval?

They're so prevalent because they allow us to, with relative accuracy, represent a circle as it sits in 3D space. If you take any circular object - a coin for instance - and turn it this way and that, you'll notice that the 2D shape your eyes actually see isn't always going to be a circle. It will however, generally be ellipsoid. 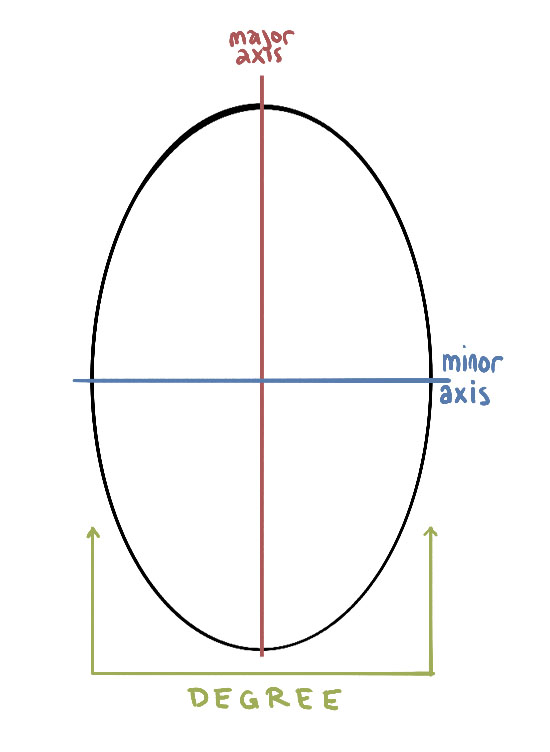 The anatomy of an ellipse

An ellipse has several specific properties:

You'll also see here that there are two axes:

These two axes run perpendicular to one another. The major axis does not, and will never, matter. The minor axis is extremely important however. That can be a little difficult to grasp at first, due to their infuriatingly unintuitive naming scheme.

This is going to become quite important as we get into the next lesson, but I think it's important to introduce this concept now. If you take a circular coin, or some other similar object like a CD and hold it up so its face points towards you, you're going to see a circle. It's still an ellipse (a circle is an ellipse after all), but the degree of this ellipse (literally measured in degrees) is going to be 90°. That is the angle between your vision (like an arrow coming straight out of your face) and the surface of the circle.

As this disc or coin turns however, the degree of the ellipse gets smaller, and therefore the ellipse gets narrower and narrower, until finally you're looking at the edge of the object, or an ellipse with a degree of 0°, as shown with the image above. Far left is 90°, far right is 0°. 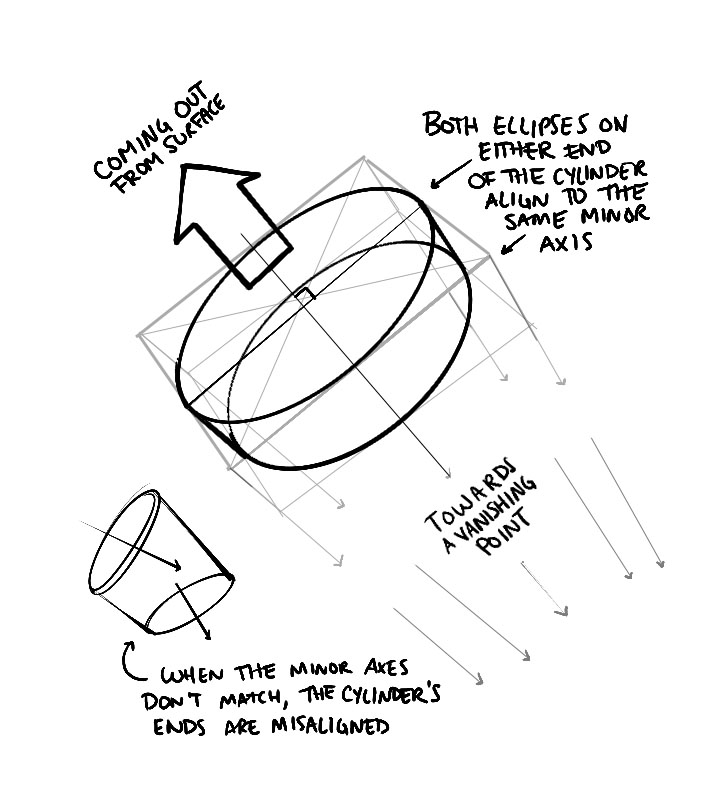 In 3D, the minor axis represents a line, or in math terms a vector that points straight off the surface of the circle. It runs perfectly perpendicular to that surface.

This is incredibly useful when drawing cylinders and other ellipse-based 3D forms. In a cylinder, you can imagine that there is a straight spine that connects the circles on either end. This spine is the minor axis, which runs perpendicular to both circles and helps us to align them correctly.

If their minor axes don't match up, then you'd end up with a tube with one end sheared off at an angle, rather than straight across.