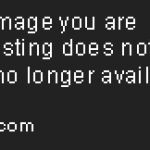 Here is my homework. And here are the references I used: https://imgur.com/a/mmQtInE. Thank you in advance!

Hello I'll be handling the critique for your lesson 5 homework

-Starting with the organic intersections, your forms are beginning to wrap around each other believably, but there are a few things to keep in mind. First of all avoid using the technique where you draw a big sausage and then add a bunch of smaller ones on top of it, instead try to keep them equally sized, and avoid any complexity like pinching or swelling throughout their length. Keeping them simple and easy to work with is the best strategy to produce good results.

There are many sausages which do not have cast shadows, and on the ones that do have cast shadows you are not pushing them far enough. Remember that they act as contour lines, and help to describe how these forms exist in 3D space, so try to push them further and give them a nice curve, as shown here.

-Moving on to the animal constructions, I see a good employment of the construction method, as you have broken each one of your subjects into its more primitive and simple elements, but let's see which things can be worked on and improved. I'll try to break this critique into each individual aspect of the constructions.

Your use of the additional masses is good and you are making some good attempts at wrapping the silhouette of each mass around the form they are falling on. However I can see that many of them have sharp corners and turns, the problem with this is that sharp corners and turns are a characteristic of geometric forms not of organics, it is better to rely on simple and continuous curves as shown in this diagram.

Another thing that is worth pointing out is how to construct feet, I like to see that on some of your animals you are drawing the feet with sharp corners, as opposed to the additional masses you can draw the feet with boxy forms to define the different existing planes. Once that is in place you can start to capture the toes and such with more boxy forms, here is an example for you to see

Oh and I want to make one suggestion, try to actually construct the back legs instead of just drawing the silhouette and flattening them out. It doesn't really help you learn anything if you just draw them like silhouettes

Okay, to finish I want to talk about head construction. You are already moving in the right direction , just make sure that you draw the eye sockets big and the eyeballs should be big too. The shape of the eye sockets is better off as a pentagon pointing downwards this will give you a wedge to fit the muzzle into and a flat top for the forehead and brow ridge, then you can start to draw the facial features following the already planes of the muzzle, you can take a look at this process here .

The trick is to try to make a lot of smaller steps and moves rather than trying to capture a lot of things at once.

Okaaaaay, I think I have given you plenty of things to work on and I do want to see them addressed, so I'll give you some revisions. Good luck!!!

Please do the following

-2 animal constructions of your own choice

Thanks! I'll get these done. Is there any chance you can resend the last two links: the example of how to construct feet and the example on constructing faces? I'm trying to open them, and I keep getting a dead end.

Here is another one that may be useful too

I think those were deleted. They still don't load. That's alright, though.