here is my last work, really enjoy this one, maybe the first time I feel really comfortable (for the construction) but i always sucks for details and edge weight but its better and better every weeks so....

ty for critiques (this is done free hand, ellipse guide are so expensive for good one)

Really nicely done! I'm glad to hear you enjoyed the challenge, and that you felt comfortable applying constructional techniques - I think that comfort definitely shows through as I look at your individual drawings, as they generally feel quite solidly built, and convincingly three dimensional. There are some issues I want to talk about, but as far as the main focus of this challenge - which was to give students an opportunity to explore design and iteration over a particular kind of object - I think you've really done an excellent job. You've got so much variety in the different kinds of chests, and the various interpretation of what it means for something to be a chest - from standard treasure chests to vaults, to.. I think one of them's an ottoman? And an egg carton? You've definitely pushed the boundaries, and it's great to see.

The first thing I wanted to call out is actually a really minor point that you resolved on your own - with chest 58, you drew it to basically be paper thin, with no suggestion of actual thickness to the body of the chest. I only actually see this issue here, so you were clearly aware of it throughout the rest of your drawings, but it is something that can really easily be overlooked. No objects - aside from literal paper - is going to be so thin as to not have an inset edge giving the impression of a sort of "lip", and leaving things thin like this can definitely undermine the believability of an object and hamper a design.

Continuing on, I did notice that overall, you didn't quite hold to the principles covered back in Lesson 2's Texture Section. It's not so much that I would consider this a mistake, but there are definitely places where certain kinds of details that rested along the surface of the object could have been implied (using the shadows they'd cast) rather than being drawn as explicitly (outlining them entirely). I also noticed a number of places, like 71, 72, etc. where certain kinds of detail were drawn more loosely, and likely weren't drawn as directly from reference as they should have been. This resulted in more of the oversimplification we see from students who rely too much on memory when they haven't necessarily studied a given subject matter enough to capture it believably without the help of reference.

Lastly, looking at the egg carton, I think this is an example of you leaning too much into form shading as a decorative element, rather than to actually convey some piece of information. After all, when it comes to establishing things as 3D forms, we already mange that with several different constructional tools. In general, working with fineliners like this doesn't leave a lot of room for working with form shading in quite the way we would when working in pencil or with paint. Often the right call is to leave it out entirely, focusing our solid blacks instead on cast shadows. It's largely a matter of accepting the strengths and weaknesses of a particular medium, and not trying to make that medium behave like it's something else.

So! All in all, your work here really has been fantastic andI feel that your various interpretation of a 'chest' have resulted in a lot of exciting and intriguing designs. You've done a fantastic job, and while I think there is definitely merit to revising the texture section from Lesson 2, you've really shown an excellent grasp of all the core principles of Drawabox, as well as a keen sense of design and invention. Keep up the fantastic work!

i just want to say , that i chose to don´t do the texture challenge (now), not because is uselesse, because i know i have some struggle with that, but just because i think it is not the good moment to do for me, i have a real problem with the fact of doing a exercise for his purpose and not getting in detail and think performance, now with your critique and exercice i have begin to develope this good mindset of doi'g something for what you learn of it and dont want to do every time a "masterpiece lol", i have now so much thing to learn before thinking rendering and i know as if i get now in rendering, that will be a problem for the rest of my learning path!

i want to say to you a big thank you, the time you give to your student is just huge and your critique hit always the predominant problem, technique or mindset.

you have help me so much to understand how i have to draw and how take the maximum of what i do, don't think future and just appreciate what i learn for now and what i do.

now i have to follow a more advanced course, but what i had learn here will be the fundamentals for i hope my futur "sucess" and not just in term of technique.

"sorry for my english"

and one more time thank you

Haha, no worries - remember that the texture challenge, like the chest challenge, is entirely optional. You have already completed the course, so congratulations with that, again. I'm glad you benefited from these lessons, and I wish you the best of luck as you apply what you've learned in your continued growth and development. 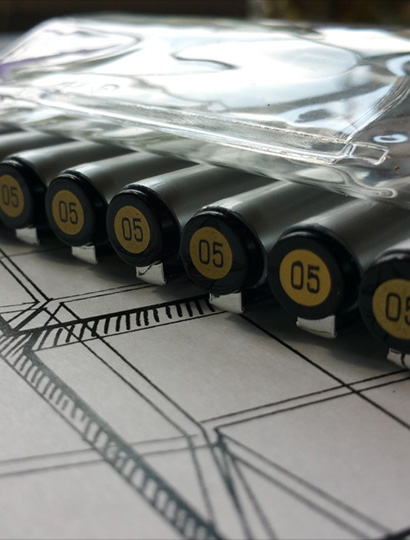