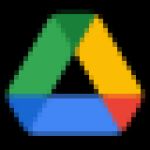 Woo-hoo! Done with this lesson, I decided to mesh an earlier animal with the latest and it's interesting to see how my approach to the same animal changed over the course of the lesson. Please share any critique and criticism you have :)

Intersections are looking pretty solid! There are a few sausages that are a bit bigger in one end than the other; so don't forget we should still making simple organic forms on this exercise too, and and in some of them you haven't drawn through, so try to be careful with that as well.

In the animal drawings I think you're doing a good job overall you got a few issues when you start, but I can see lots of improvement over the set. I'll go through the issues I can catch so you can keep improving:

-First, you should be clarifying the relationships between all forms by drawing their intersections. You are doing it most of the times, but it looks like in some places you forgot to place it, and there are other places like the intersections between paws and legs that you don't tend to draw intersections on.

-You have issues with your organic forms at first (you do at times stretched ellipses instead of sausages), but they improve a lot and you end up doing them consistently decent by the end of the drawings, so good job!

-Next thing is adittional forms, you got some of them that you wrap around nicely around the form, like the adittional forms in your last drawing, but then there are others that don't feel like they are wrapping around the body you're putting them. ç

Made some notes about this here. Explained something here too about the muzzles, in which I think you try to attempt the complexity of them too fast. It's better to approach them by first adding a basic form like I did on it, and to after add the more complex forms and detail on top of it. It will make it a lot easier to make it feel solid. Here's some notes by uncomfortable to another student which makes one of the mistakes you do at times on your animals, might help it clarify a bit more.

Some more examples on this on your work here.

Another thing is face constructions, I think you've improved a lot on them over the set, but there's something you need to keep in mind. The faces need to feel like a 3d puzzle, everything needs to fit well and there shouldn't be any spaces left, like I noted on the drawover on your hippopotamus. This puma demo covers it pretty well, so give it a read.

And the donkey demo covers pretty well adittional forms as well, so I recommend giving a read if you still have some doubts and you haven't read it already. And here are some adittional notes by uncomfortable on adding masses to legs, which is something that I think you struggle a bit too.

Overall I think you've improved a great deal over the set, and I think that your drawings end up being quite solid, excepting the issues I mentioned, so i'm marking this is as complete!

Congratulations on finishing lesson 5, and good luck with the cylinder challenge!

Thank you so much for the in-depth review! I really appreciate the time you took to point out my errors and I'm excited to start working on correcting them >:)