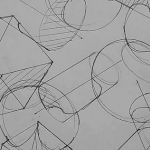 Hey! Im finally done with this one, I made a whole lot of mistakes but I think that I learned a lot from them, for example: dont mess with sport cars. Im a little shocked that this is actually over, its been more than a year since I started DaB and its been awesome, I still need to get this lesson critiqued though, so I guess Im not getting away that easily xd. As always, thank you to whoever is taking some time of their life to critique my work, Im really grateful that you guys are giving me the chance of getting this far!

I dont know if Uncomfy is going to read this (and Im terrified of pinging him on discord lol) but either way, thank you so much for making all this, not just the course, but the community that build around it is so nice and supportive, its the first time Im able to connect with people that have the same passion for art and learning as I was able to grow on this course. So yeah, I hope that this course is able to help students of all kind to achieve what they want!

Hi there weijak! I'll do my best to contribute as much as I can! Let's go:

-Starting with the form intersections you're doing a great job at the main goal of the exercise, which is mantaining a consistent foreshortening throughout all the forms to make them feel like they share the same scene, just be careful in the cylinders, which have at times quite a bit of degree shift. If you choose your foreshortening to be generally shallow as I can see from your boxes you need to aim for your cylinders to be that degree of foreshortening as well, so the shift at degree should be minimal. If you struggle with it try to imagine how a box would fit that cylinder, it should help to visualize how much the degrees of the ellipses should shift.

About the intersections I think you've done a great job as they look super solid! Here's the only intersection I found that is a little bit weird and how I'd approach it.

For future times if you still want to practice this exercise, what you can do is to open paint 3d (comes free with windows 10) or blender or whatever 3d program, and snap the forms you had doubts with after finishing a page of a warmup. It has helped me a lot when practicing so I recommend it!

On cylinders on boxes you're doing a great job so I don't have much to say! One thing I'd recommend to do from now on if you want to go to the next level is to start learning to freehand full cubes in perspective and not just squares like you do in this exercise. One trick I found from an artist called krenz cushart is that you can visualize the cube inside a ball and it will fill the proportions of it. Like this Being able to draw these cubes and rotate them from imagination is super useful for doing what we did in these lessons but without having to measure nearly as much. You can then use them after studying proportions of an object to learn to draw them in any angle. Which is a great exercise to keep practicing spational reasoning skills.

Now onto the vehicle constructions!

Overall I think you've done a good job carefully subdividing every vehicle and drawing through your forms. The initial forms you draw are in general also pretty good, so great job on that!

The main thing I want to comment on that I see in your constructions is that I think you go a bit too fast towards the details, specially when there starts to be curvy forms. I think that even whenever you are approaching any vehicle, even if it's curvy stuff it's great to decide on a form simplification and commit to it. You can then draw the curves over them to make the forms curvier, but thanks to having drawn the blocky forms below you'll have a very good foundation to lay them on top.

Here are some examples on initial forms taken a little bit further.

Something similar happens as well when you approach some details that rely more on observation. Like on this part of the boat or in the front parts of your cars, in which you could try to cut into your constructions to simplify them in newer more specific forms.

Lastly I think that you sometimes freehand curves directly (curves in general, not just curvy forms). I recommend drawing first at least a simple straight line even if you don't want to divide it in several. It will make the curves much more accurate and easier to control. Here are some examples so it's a bit clearer to see

That said I think you've overall done a pretty good job and your vehicles are very solid. Congratulations on finishing lesson 7 and drawabox! I do think you've done an awesome work overall throughout the whole course even if you didn't take the official route, so I think you should be proud! Good luck on whatever you do next and keep up the amazing work!

This community member feels the lesson should be marked as complete, and 6 others agree. The student has earned their completion badge for this lesson and should feel confident in moving onto the next lesson.

Yo Elodin thanks for the critique! I definitely agree with you that I tend to jump to details earlier than what I should have, Also, the box within a circle exercise that you showed me seems really useful, I will definetely with that one a try.

Again, thanks a lot for critiquing my work and all the help you give out on the discord server (specially on the critique exchange channel), good luck to you too on those waifus and whatever else you are planning to do!

No worries and thanks to you too for helping out, you're awesome!