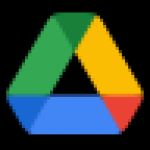 Just to complete all the challenges, here is 25 sets of chests, 4 each. That's 100 Treasure Chests in...let's say a month. I hopefully did not miss a page of chests.

Freehanding ellipises is strongly not recommended. I lost my template set the first week. Some of these ended up a complete mess. And this destroyed a Pilot Preceise V5 Pen.

While this is more of a capstone and a thank you for provided this training, these chests have been a learning experience. I now know that I have serious problems with some angles and convergance. My linework is still 'sloppy' and I get far too much ink on a page. I need to draw bigger.

As the homework requires, I am submitting 100 peices of crap. I hope they were enough.

Congratulations! You've not only completed the course, you've also gone and collected your loot. And sure, your loot was just more work, and that work was not remotely easy, but all things considered you did do a pretty good job. You explored a wide variety of designs, you pushed yourself to collect reference (good on you for including it too, it's nice to see the wealth of inspiration from which you derived your work), and you exposed yourself to the process of design itself.

Now, your work isn't without its shortcomings, but there are certain ways in which you shot yourself in the foot somewhat. It's definitely unfortunate that you lost your ellipse guide, though considering that, you still did a pretty damn good job freehanding then in most cases. Some went wildly awry, but most were actually within a pretty reasonable degree of control.

That's not where you shot yourself in the foot though - the key issue with how you approached the challenge was just that your chests ended up pretty cramped. On one hand, I can totally see how working with a relatively limited ellipse guide would cause that, but once you'd been freed from those shackles by the gnomes that live in your house, you were effectively free to draw at a much larger scale. Drawing bigger - as it always does - gives us more room to think through spatial problems, but when it comes to design it also allows us to explore greater nuance and dig more deeply into the specific details and features we choose to add to our drawings.

There are a lot of places throughout your chests where you've added particular decorative elements, but given the space in which you have to actually fit them in, the most we can do is to put down very loose, vague approximations that suggest a feature without going into any real specificity. This small-scale approach is great for thumbnailing (iterating on many different designs quickly) because it lays out a lot of visual problems that need to be solved - but of course, eventually they do need to be solved. That's what design is - it's the process of identifying problems and then solving them through visual means.

Now, to touch on a few specific points:

It's worth mentioning that I really liked chest 22c, 13d and 16c. 13d felt particularly solid and heavy, capturing a great sense of solidity to it. The segmented bars (not really sure what they'd actually be called) that separate out the surfaces on 22c were captured really well despite the limited space you had to work in. And while 16c's floral pattern was definitely loose (given again, the space you had to work in), I think it was a very interesting direction to explore, and all things considered it was still suggested fairly well.

All in all, I think you don't give yourself enough credit. I do of course think your results would have been better had you give yourself more room to work, but all things considered you did do a pretty good job. So again, congratulations on completing the challenge - and on becoming a little more of a completionist than everyone else :P