Drawabox.com | Working in the Game Industry

Check Out NMA    Learn More About our Partnership
Close and Enjoy Drawabox Ad-free
This is where the message goes!

Working in the Game Industry

So as some of you know, I've been working as a concept artist at a game studio for coming on two years now. At least, concept artist is my title and is one of the many things I do as a part of the team. Now that I've just shipped my first title (not including the multitude of toddler-oriented educational games I worked on at my last job as a programmer), I figure it's time to talk about the industry itself. Or at least, a part of it.

I know for a fact that a lot of the people who use this website as a learning resource have aspirations of one day contributing to the making of a game - probably some glorious triple A title that bursts out onto the scene with thundrous applause and tops the charts for months and years to come. It's the goal we all have when we start out on this path, and it's a great place to begin. It does help to break it down a little more, however. The most important question to ask yourself is this: Why? 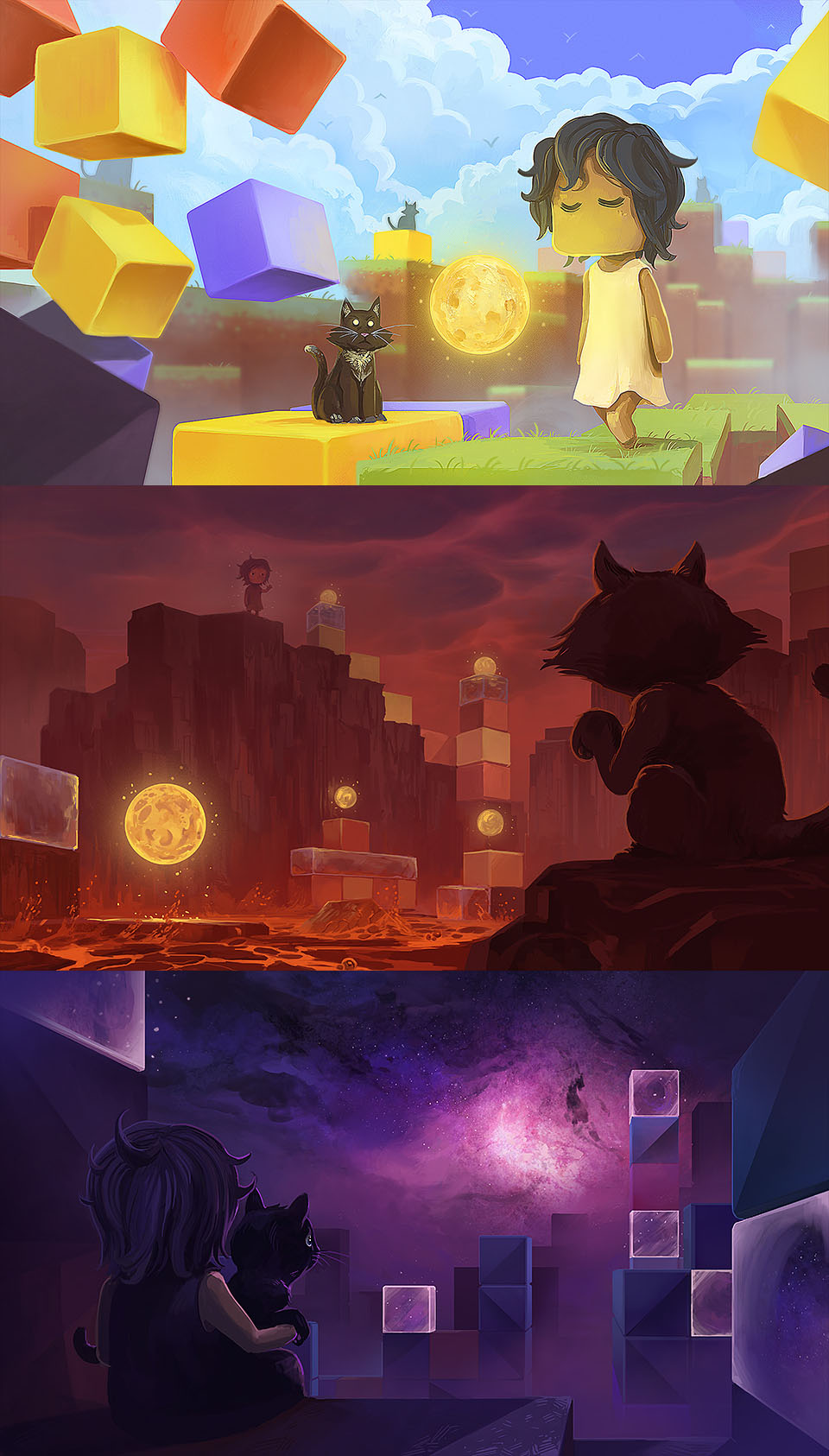 Personally, I've gone down several different paths but they were all tied together by a single overarching theme. I like to make worlds, and I like to give them life. Worlds in which others can be immersed, worlds isolated from our own, worlds to which people can escape. I learned how to draw and illustrate because it was a way to bring them into existence. I learned to program because it was a way to give them structure and make them real. It's this reasoning that will determine your path, which is why "I want to make a game" is not enough. Wanting to do something just for the doing of it will leave you rudderless in a sea of options. Wanting to do it for the glamour of success will leave you drowned once your boat's been punched full of holes by the failures we all must face.

We can't always put the reasoning to words at first, but we know it's there. Part of the journey is giving this shapeless motivation form and substance.

Anyway, enough of this rambling about the abstract. I mentioned initially that I'll share my experiences with a part of the industry, rather than the whole thing. There's so many different studios out there, and depending on their scale, their teams can be structured in vastly different ways. The usual trend is that in larger studios (think triple A), people are hired to perform a specific task. Everyone's got their own specific skill set, and they stick to it. Specialists thrive in this kind of environment, and it can be an exceptional learning experience, as there's usually lots of opportunities to learn from your seniors. Smaller studios (think indie) are a whole different animal. If you've got skills outside of your official position, they'll be put to use in one way or another. The way my boss puts it, people are encouraged to wear many hats. It's not just limited to the skills you arrive with. If you're interested in expanding that skillset, it's heavily encouraged.

It makes a lot of sense, if you think about it. A larger company will take on larger projects, and will be more likely to split their team up into dedicated departments and teams, ensuring that there will be a smooth and continuous flow of valuable work being done, even if it's spread out across several projects. A smaller company will focus on fewer projects at any given time, so being able to take a concept artist with nothing to do and put them on an entirely different task means that they're still doing something valuable with their time. Of course, studios exist on a vast spectrum, so this is more of a rule of thumb to keep in mind when considering what kind of company would suit you best.

Considering my past experience as a game programmer, I've done quite well working at a studio on the smaller end of the spectrum. While my contract says that I'm a concept artist, I honestly haven't done a whole lot of it. There have been some fantastic periods where I've been able to spend several weeks doing nothing but drawing and painting - and I've gotta tell you, seeing your concept designs become 3D models is thrilling to say the least. Aside from that, the majority of my time has been split between things like puzzle/level design, UI design, game and tools programming, 3D modeling - hell, I've even managed our social media campaigns when we needed users for wider beta testing. It's fair to say that I'm not an expert in any of these fields, but I'm not expected to be. In an environment like this, anything extra you can bring to the table is a big asset.

IT'S THE BEST, RIGHT?

Regardless of what kind of company you work in, one bitter pill that you'll have to swallow is that a lot of your work will not be a part of the final product. To be honest, there's a high chance that the product itself won't see the light of day. We've got loads of projects that got shelved due to various circumstances, and that's just the way things go. Sometimes you'll be able to recycle some of those 2D and 3D assets in other projects, but generally they'll just sit there and collect dust. Some of my best work ended up being for a project that was canned. The most frustrating thing in those situations is that the slim chance of those assets being used in the future means you won't necessarily be able to publish them anywhere in the meantime. But hey, that's the nature of the industry and eventually you get used to it. It helps a lot to go back and think about why we make games - even if you can't show it off, the creation of the piece is still something you achieved, so that's something to be proud of.

It also helps to remember that usually when something is cut from the final product, or if something is replaced, it's for the best. The image above is a good example of this. These frames are back from when we were playing with the idea of having a hand-painted motion graphics opening cinematic to explain the story behind the game. For two weeks straight I put in loads of overtime creating all of the backdrops, cleaning up all of the moving parts, establishing different lighting scenarios and so on. It was a bit of a nightmare, as every day my boss would come at me with a fresh list of changes. At the same time, it was thrilling, knowing that his art direction made it vastly better each and every day, and that this would be the first thing the players would see when they opened up the game.

Ultimately, it was trashed in favour of a fully 3D cinematic which admittedly looks vastly superior. It stung at the time, but it was the right call. Over the course of a project like this, there are just so many drawings, sketches, concepts and mockups that you throw together at a whim that ultimately serve no purpose. Hell, our GUI alone was designed and redesigned four or five times - we even changed it after we started to soft launch! 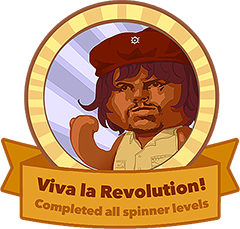 One of the reasons I love working on the art side of things is also the biggest cause of this - you can whip this stuff off in no time, but actually implementing it into the game not only takes time, but it can and will introduce bugs.

So while you may have drawn a few dozen achievement badges you thought were hilarious, there's no guarantee they'll make it in.

If there's anything to take away from this massive excuse to dump these art assets on you guys, it's this:

THEY'RE GAMES TOO, YOU KNOW

It suddenly occurs to me that there's a bit of an elephant in the room that I haven't deigned to mention. "Hey, this is just a mobile game!" the audience shouted, shaking their little fists angrily at the stage. Why yes, yes it is! Mobile games are a multi-billion dollar industry that spans all the way across the globe, and there are new titles popping up every single day. Most of them are shovelware, but the fact is that if you hope to work at a game studio, you're probably going to end up working on some of these. But don't fret. A game is a game is a game.. is a game. These titles require all of the same skills to create as any console or PC title. For ours, we had to construct stylistically consistent worlds, design interesting and engaging mechanics and craft enticing and intuitive user interfaces. This isn't tetris on your mom's Nokia flip phone.

And of course, they still require loads of concept art and illustration. It's irrelevant whether your audience is casual or hardcore if your primary interest is drawing cats and creating kickass environments. The only thing that matters is that they're mature enough to appreciate what you create. In other words, if someone asks you to make a game for a toddler, run away. Run FAR away. Unless the money's good, anyway.

YEAH, MAKING GAMES IS THE BEST

Let me tell you, it feels great to have your creations appreciated. I know I said earlier that you shouldn't make games just for the glamour of it, but that doesn't mean you can't enjoy it! It's definitely a brutal industry and you're not going to ship anything without at least a few scrapes and bruises to your soul, but the uncertainty of release, followed by the thrill of having people express their love for what you've created... it's the greatest feeling in the world. You just have to survive through the gauntlet of death traps that is game development. Piece of cake, right? So if that's what you want to do in life, I say go for it.